Challenging a Will – Lack of Capacity

A will may be challenged if the will maker did not have the capacity to understand what they were doing when they signed the will, or if they were unduly influenced by someone else.

This is known as a solemn form application where the validity of the will must be proved.

An executor may also apply if he or she is uncertain as to whether a will is valid, or if there are two wills and the executor is unsure which will is valid.

There are no specific time limits to challenge a will for lack of capacity.  However, it may be more difficult, if not impossible, to proceed if the estate has been partially or fully administered.

If probate has already been granted, an applicant may apply for the executor to deposit the grant of probate in the registry and to then prove the will in solemn form.

The court will then examine all the surrounding circumstances of the execution of the will.

A will maker must be able to understand:

If a person made a will but did not understand these concepts, then the will may be found by the court to be invalid.

Some of the matters that the court may consider are:

A will may be set aside by the court if there were suspicious circumstances surrounding its preparation or execution, or if there is insufficient evidence that the will maker knew of and approved the contents of the will.

Some of the matters that the court may consider are:

A will may be set aside by the court if the will maker did not enter into it freely and voluntarily because of coercion by another person.

Some of the matters the court may consider are:

Undue influence can be difficult, although not impossible, to prove.

Costs will normally come out of the estate unless a person is found to be acting without bona fides.  If an applicant is unsuccessful, it does not necessarily follow that they will have to pay costs, provided their challenge was not unreasonable to pursue.

If you have concerns about the circumstances surrounding the execution of a will, you should act quickly.  Our team at DBL Solicitors would be happy to help. 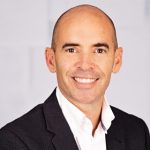