It was only a matter of time post the Covid-19 era that the issue of vaccinations would be before the Family Court for judicial determination.  In the recent case of  Makinen & Taube [2021] FCCA 1878 Judge Taglieri of the then Federal Circuit Court of Australia (now Federal Circuit and Family Court of Australia) heard a father’s application to have sole parental responsibility in respect of decisions regarding immunisations and vaccinations for the parties two children aged 12 and 8. The mother opposed any vaccination and relied on literature which reported on the harm that vaccinations can bring to children.

The father won his application with the Court ruling that the mother’s opposition to vaccination was based on genuine but unreasonably held beliefs.  Read on for more details.

The mother sought to rely upon many factors to support her position against vaccinations which included:

The Orders sought by the father, if made, were to have sole decision making concerning immunisation/vaccination of the children.

The father, like the Independent Children’s Lawyer in this matter, relied upon the recommendations of the Family Consultant who commented:

“The children not being vaccinated is contrary to the State and Federal Government Health recommendations. Non-vaccinated children and adults can be excluded from services and travel opportunities due to the risk they pose to other people. [The mother] holds a firm opinion about the issue of vaccination based on literature she has read but there seems to be no medical information to suggest [the children] are at any escalated risk of negative vaccine outcomes.”

It was clear that both the mother and the father had the best interests of the children at heart. However, they had diametrically opposed views and attitudes as to whether the children should be vaccinated/ immunised against disease.

“The Commonwealth governments recommendations about vaccination contained in the Australian Immunisation Handbook along with advice on its website can be seen to have developed and compiled over many years….This literature includes publications from widely known, reputable and leading scientific and medical journals such as the Lancet and Australian Medical Journal. Their recommendations/advice are also referenced to the World Health Organisation (WHO). WHO is commonly known to be a United Nations body responsible for international public health and I take judicial notice of this fact.”

“…the literature which forms the basis for the Australian Immunisation Handbook ought to be given greater weight than the opinions expressed in the articles and literature annexed to the mother’s affidavits. The former are the basis for public health policy of the Commonwealth and State governments for the benefit of the community. In any event, the literature relied upon by the mother does not materially differ and certainly does not support a contention that no children should ever be vaccinated.”

The Judge in this case also outlined the differing attitudes between the mother and the father which renders it highly improbable they could, after a consultation process, reach a joint decision about giving the children any particular vaccine at any particular time. For that reason, the Judge believed that if no order were made specific to parental responsibility concerning vaccinations, by default, the children would not be vaccinated against any disease.  Significantly, the Judge commented that:

“While the mother may be more vigilant, active and diligent towards matters related to the children’s health and hygiene, her entrenched views against vaccination demonstrate that she will likely push back and reject having the children vaccinated, even if it is deemed necessary or recommended by a medical professional. The father …. is likely to be more compliant with recommendations by a doctor or medical professional.”

It is for these reasons that orders were made for the father to have sole parental responsibility regarding decisions concerning vaccinations/ immunisations in accordance with the national immunisation program or as recommended by the children’s general practitioner.

Ultimately, in any parenting decision, the primary consideration is the child’s best interests. The Court will always determine each matter on its own relevant facts and will need to weigh out the risk to the particular child receiving any vaccine/ immunisation based on the best medical evidence available.

If you need any advice or assistance with your parenting matter, please contact the DBL Family Law Team for advice. 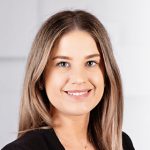